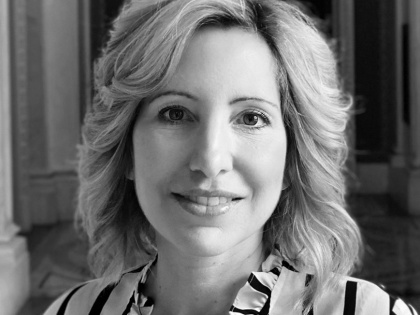 Susan Schneider is the NASA-Baruch Blumberg Chair at the Library of Congress and NASA, the director of the Center for the Future at Florida Atlantic University, Boca Raton, FL, and a visiting member of the Institute for Advanced Study in Princeton. She is also a recipient of the National Endowment for the Humanities Public Scholar Award.

Prof. Scneider's interests span metaphysics, philosophy of mind and consciousness, and artificial intelligence. In her earlier work, she examined different computational theories of thought in her book The Language of Thought: A New Philosophical Direction (MIT, 2011). She edited an anthology that combined philosophical texts and science fiction stories, Science Fiction and Philosophy (Wiley-Blackwell, 2009). In a series of more recent scholarly papers, she argued againt physicalism in favor of a monistic, protopanpsychist metaphysic. In her popular book, Artificial You: AI and the Future of Your Mind (Princeton, 2019), Schneider urges caution in developing artificial intelligence that could forever transform humans. She warns that an insufficient grasp of the philosophical foundations of AI could undermine the use of AI and brain enhancement technology, resulting in the demise of conscious beings. In her work in astrobiology, Schneider argues that the most intelligent alien beings we shall encounter are likely to be postbiological in nature (i.e., the forms of artificial intelligence); that they will be superintelligent; and that we can predict what the shape of some of these superintelligences would be like.

Schneider has been featured on television shows on The History Channel, Fox News, BBC World News, PBS and The National Geographic Channel, and in the feature film, Supersapiens: the Rise of the Mind She writes opinion pieces for venues such as the New York Times, The Financial Times and Scientific American.